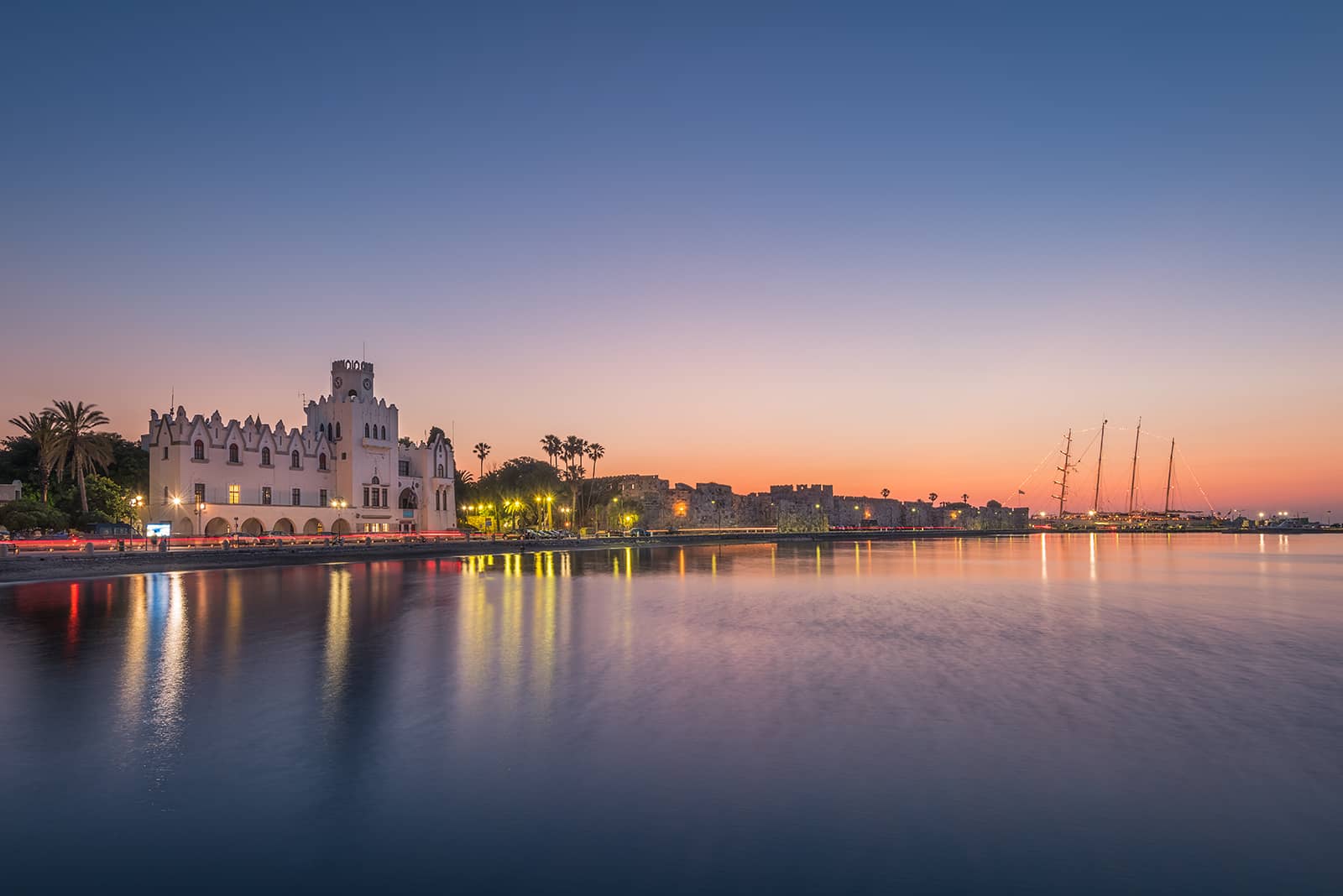 Located on the south of Aegean sea (Dodecanese) has been continuously inhabited since the remotest past, to which multiple archaeological finds, recent discoveries, ruins and remaining buildings are testament. It is said to be the birthplace of the most famous physician in antiquity, Hippocrates, who lived in the 5th century BC and became famous for his pioneering medical treatments. He taught and practiced his skills at the Sacred Sanctuary of the Asklepieion, located 5 km from Kos Town. It is one of the oldest pilgrimage shrines of its kind and is considered of equal importance to the sites at Epidaurus and Ephesus.

One of the most well-known and impressive sights of the island is the Castle of the Knights. With its double walls and great moat stands towering over the old town and the harbour. There are numerous other attractions, which represent all of the historical periods the island witnessed. The Hippocrates tree, a plane tree which has survived (legend has it) since ancient times when the eminent doctor taught his disciples in its shade, the Gymnasium dating from the Hellenistic period, Casa Romana, the Roman Odeon, Ottoman mosques, newer buildings from the period of Italian occupation of the island (1912 – 1943) as well as the castles in Paleo Pyli and Antimachia or the church of Agios Stefanos in Kefalos are only a few of the many attractions of Kos that are well worth visiting. It is also known for its biodiversity, including the Therma Beach hot springs, the forested slopes of Mount Dikaios, the Plaka parkland, the wetlands at Psalidi, and especially the salt flats at Tigaki, where visitors can admire the amazing sight of the flamingos that rest here during their migration season.

Kos offers plenty of entertainment, trips to nearby islands and a wide variety of cultural events (main core being the ‘Hippocratia’ summer festival), it also offers many good facilities for a range of sporting activities, such as bowling, tennis, football, beach volley, diving, wind surfing, and even kite surfing on the north side of the island as well as the opportunity to enjoy alternative forms of tourism including beautiful hiking trails, horse riding and mountain biking. Of course, there are numerous beaches, most of them organized wide sandy ones at a short distance from the Olympia Mare.